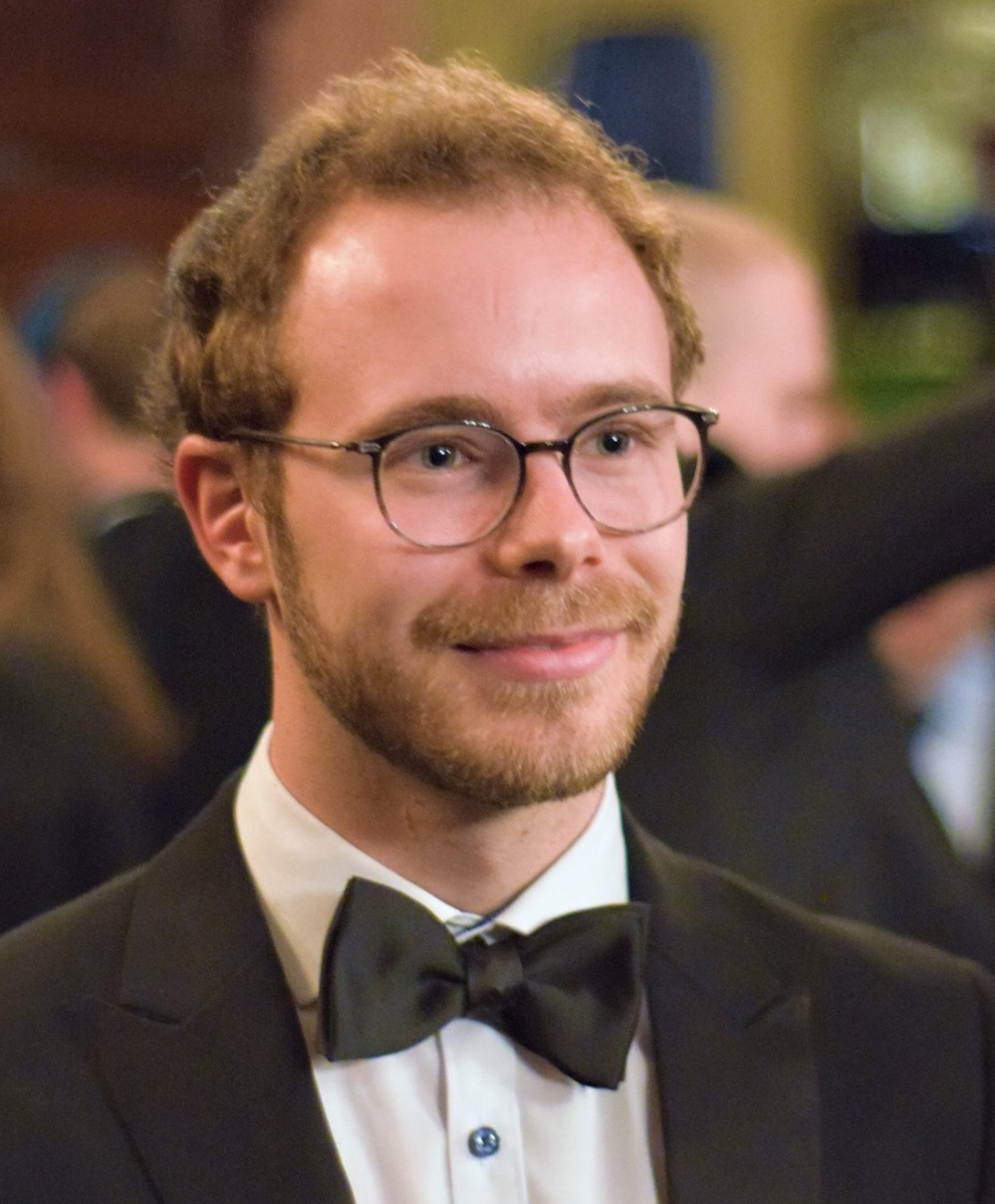 Abstract: A central feature of living matter is its ability to grow and multiply. The mechanical activity associated with growth produces both macroscopic flows shaped by confinement, and striking self-organization phenomena, such as orientational order and alignment, which are particularly prominent in populations of rod-shaped bacteria due to their nematic properties. However, how active stresses, passive mechanical interactions and flow-induced effects interact to give rise to the observed global alignment patterns remains elusive. Here, we study in silico colonies of growing rod-shaped particles of different aspect ratios confined in channel-like geometries. A spatially resolved analysis of the stress tensor reveals a strong relationship between near-perfect alignment and an inversion of stress anisotropy for particles with large length-to-width ratios. We show that, in quantitative agreement with an asymptotic theory, strong alignment can lead to a decoupling of active and passive stresses parallel and perpendicular to the direction of growth, respectively. We demonstrate the robustness of these effects in a geometry that provides less restrictive confinement and introduces natural perturbations in alignment. Our results illustrate the complexity arising from the inherent coupling between nematic order and active stresses in growing active matter, which is modulated by geometric and configurational constraints due to confinement.

Abstract: Flow-driven rotary motors such as windmills and water wheels drive functional processes in human society. Although examples of such rotary motors also feature prominently in cell biology, their synthetic construction at the nanoscale has remained challenging. Here we demonstrate flow-driven rotary motion of a self-organized DNA nanostructure that is docked onto a nanopore in a thin solid-state membrane. An elastic DNA bundle self-assembles into a chiral conformation upon phoretic docking onto the solid-state nanopore, and subsequently displays a sustained unidirectional rotary motion of up to 20 rev s−1. The rotors harness energy from a nanoscale water and ion flow that is generated by a static chemical or electrochemical potential gradient in the nanopore, which are established through a salt gradient or applied voltage, respectively. These artificial nanoengines self-organize and operate autonomously in physiological conditions, suggesting ways to constructing energy-transducing motors at nanoscale interfaces.

Abstract: To impart directionality to the motions of a molecular mechanism, one must overcome the random thermal forces that are ubiquitous on such small scales and in liquid solution at ambient temperature. In equilibrium without energy supply, directional motion cannot be sustained without violating the laws of thermodynamics. Under conditions away from thermodynamic equilibrium, directional motion may be achieved within the framework of Brownian ratchets, which are diffusive mechanisms that have broken inversion symmetry . Ratcheting is thought to underpin the function of many natural biological motors, such as the F1F0-ATPase6–8 , and it has been demonstrated experimentally in synthetic microscale systems (for example, to our knowledge, first in ref. 3 ) and also in artificial molecular motors created by organic chemical synthesis . DNA nanotechnology has yielded a variety of nanoscale mechanisms, including pivots, hinges, crank sliders and rotary systems , which can adopt different configurations, for example, triggered by strand-displacement reactions or by changing environmental parameters such as pH, ionic strength, temperature, external fields and by coupling their motions to those of natural motor proteins . This previous work and considering low-Reynolds-number dynamics and inherent stochasticity led us to develop a nanoscale rotary motor built from DNA origami that is driven by ratcheting and whose mechanical capabilities approach those of biological motors such as F1F0-ATPase.

Abstract: Many countries worldwide that were successful in containing the first wave of the COVID-19 epidemic are faced with the seemingly impossible choice between the resurgence of infections and endangering the economic and mental well-being of their citizens. While blanket measures are slowly being lifted and infection numbers are monitored, a systematic strategy for balancing contact restrictions and the freedom necessary for a functioning society long-term in the absence of a vaccine is currently lacking. Here, we propose a regional strategy with locally triggered containment measures that can largely circumvent this trade-off and substantially lower the magnitude of restrictions the average individual will have to endure in the near future. For the simulation of future disease dynamics and its control, we use current data on the spread of COVID-19 in Germany, Italy, England, New York State and Florida, taking into account the regional structure of each country and their past lockdown efficiency. Overall, our analysis shows that tight regional control in the short term can lead to long-term net benefits due to small-number effects which are amplified by the regional subdivision and crucially depend on the rate of cross-regional contacts. We outline the mechanisms and parameters responsible for these benefits and suggest possible was to gain access to them, simultaneously achieving more freedom for the population and successfully containing the epidemic. Our open-source simulation code is freely available and can be readily adapted to other countries. We hope that our analysis will help create sustainable, theory-driven long-term strategies for the management of the COVID-19 epidemic until therapy or immunization options are available.

DrWatson: the perfect sidekick for your scientific inquiries

The Journal of Open Source Software

Abstract: Doing scientific work always involves a lot of focus and scrutiny, since producing a scientific result requires several levels of depth of analysis, all of which must be as accurate and as reproducible as possible. All this required scrutiny should be naturally translated into the codebase of the scientific project. One should strive for a code that is doing what it is supposed to, is reproducible, doesn't break over time, is sufficiently clear of bugs, and with simulation results that are appropriately labelled, and more. The challenges associated with carrying out scientific work should not be made any worse by the difficulties of managing the codebase and resulting data/simulations. An unfortunate but likely outcome of this stress is that scientific codebases tend to be sloppy: folders are not organized, there is no version control, data are not provenanced properly, most scripts break over time, and the whole project is very hard, if not impossible, to reproduce. We have created the software DrWatson to make the process of scientific project management easier. In this paper we will describe how DrWatson results in an efficient scientific workflow, taking time away from project management and giving it to doing science. Statement of need DrWatson is a scientific project assistance software. Its purpose is to help scientists manage their scientific codebase in a simple and clear manner, to make the process of creating the codebase faster and to enable true full reproducibility and project sharing. DrWatson achieves this while being entirely non-invasive throughout the process. It provides a well-tested science-driven framework for managing a scientific project, thus removing the unnecessary stress and giving more time to doing actual science.

Abstract: We present a method for both cross-estimation and iterated time series prediction of spatio-temporal dynamics based on local modelling and dimension reduction techniques. Assuming homogeneity of the underlying dynamics, we construct delay coordinates of local states and then further reduce their dimensionality through Principle Component Analysis. The prediction uses nearest neighbour methods in the space of dimension reduced states to either cross-estimate or iteratively predict the future of a given frame. The effectiveness of this approach is shown for (noisy) data from a (cubic) Barkley model, the Bueno-Orovio-Cherry-Fenton model, and the Kuramoto-Sivashinsky model.